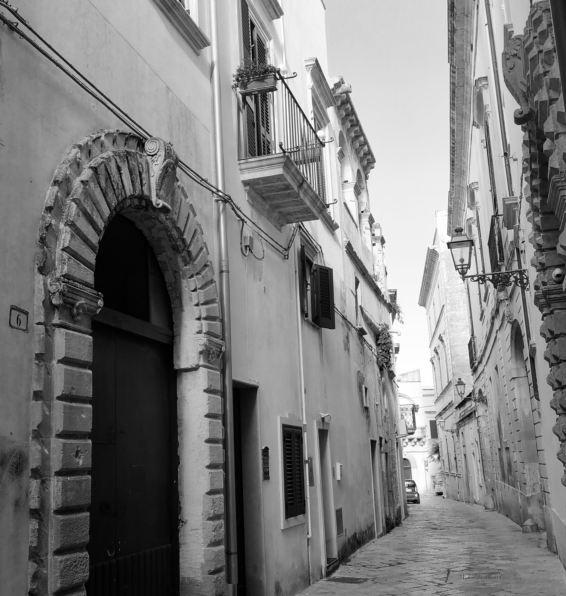 This palace originally of Pietro Mory was inherited in 1745 by his two sons Pasquale Leonardo and Alfonso Mory. This division was not identifiable from the outside but only internally to the building. Here the two brothers lived in the years that followed.

Alfonzo Mory's second wedding with Elisabetta Ponzani was not well received by Alfonzo's sons who, by the reaction, moved to the wing of the paternal uncle's palace or another quarter of the palace. In 1816 Giorgio Mory died and the property passed to his daughter Lucrezia and finally to Pompeo Mory. 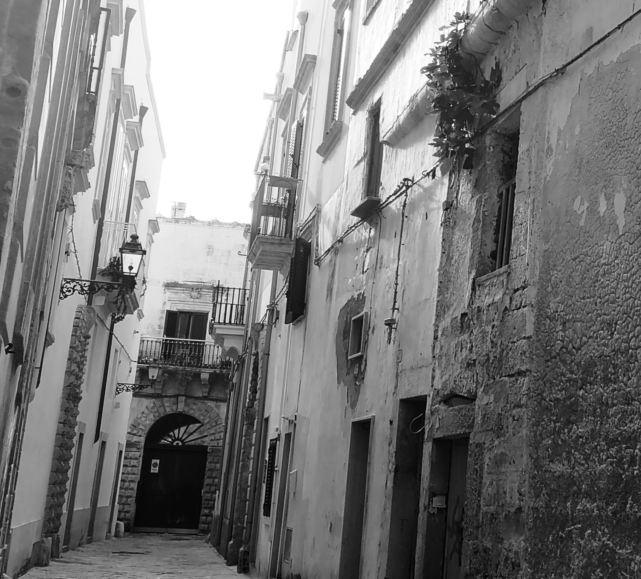 At the end of 1844 due to the economic misadventures of Pompeo Mory, this property, which in the meantime had passed through various hands, was acquired by the architect Antonio Guarigliera of Lecce during a dispute that had witnessed the seizure of the building.