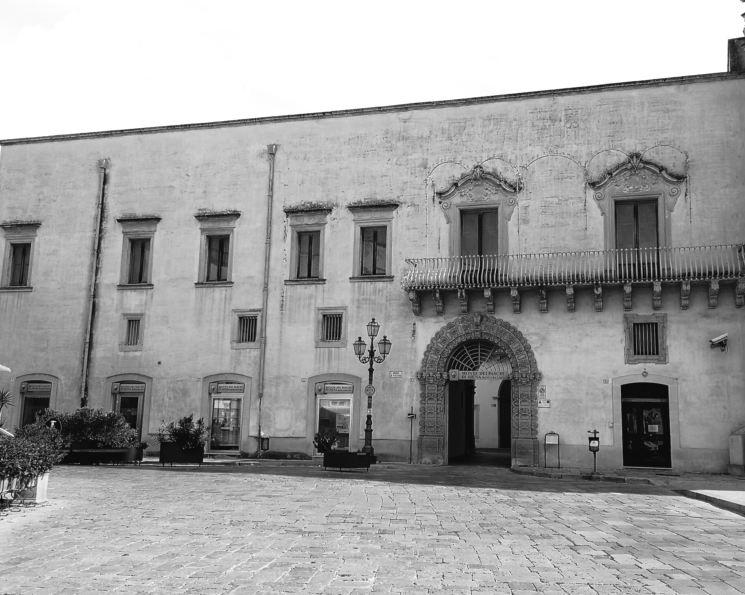 This building includes the entire building complex that faces Piazza San Pietro next to the Collegiata and extends into Via Orazio Congedo. Its apparently homogeneous structure is the result of various groupings of different building units belonging to important Galatian families. The part of via Congedo, in fact, is presumed to have been of Zimara since the end of the fifteenth century. 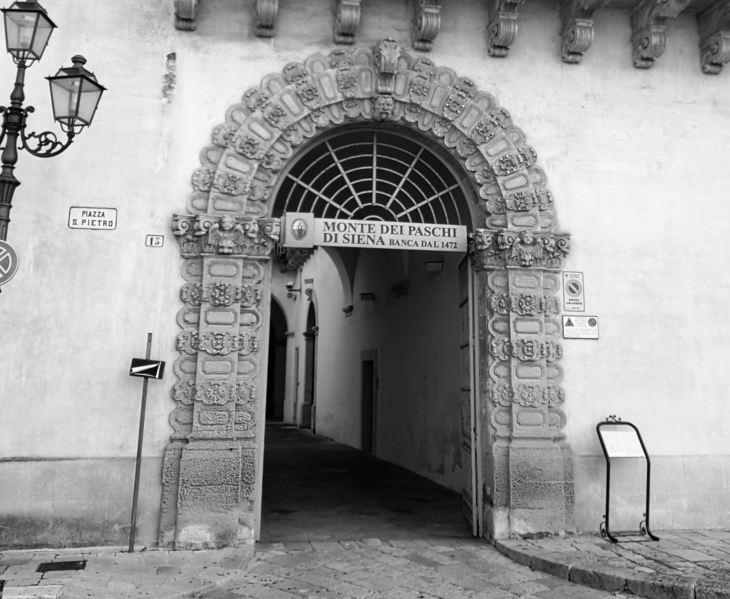 It was at the end of the 16th century that Sigismondo Schinzari, known as Sincero (a well-known humanist from Galatino), purchased this property and restructured it by merging it with the construction of Pompeo Mongiò, which had also become his property. In this way, the Schinzari created a vast prospect in Piazza San Pietro on which he opened the current main portal. At the death of the schinzari, the palace passed to his nephew Angelo Arcudi who had over the years built decorations inside it that in the various stages of modernization and reconstruction in part have been lost. 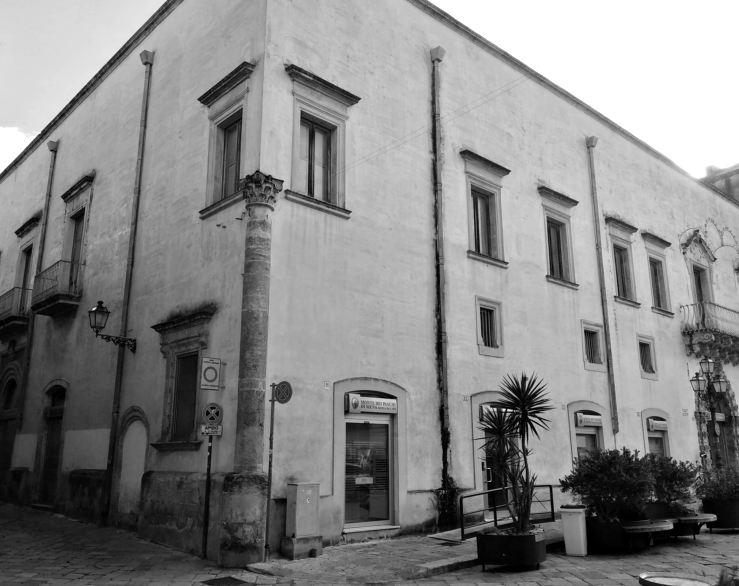 Towards the end of the 17th century, the palace passed to the Calofilippi family an important Galatian family that with Diego Calofilippi in the second half of the 1600s became one of the Galatina families with the greatest real estate assets. It will be the son Michelangelo Calofilippi to merge to the already substantial building a further share of housing located in via Congedo and that separated him from the Cavoti's palace. In the nineteenth century the palace passed to the Galluccio family and the following century was bought by the Mongiò family. Today it is home to a credit institution. 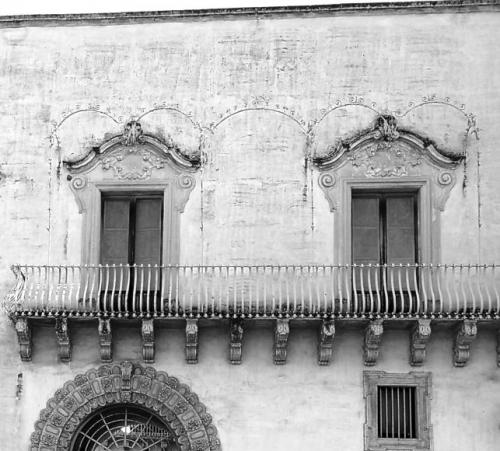 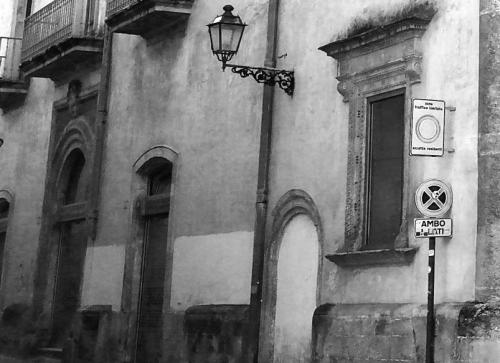 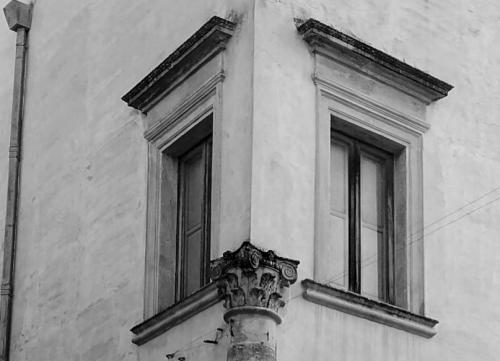 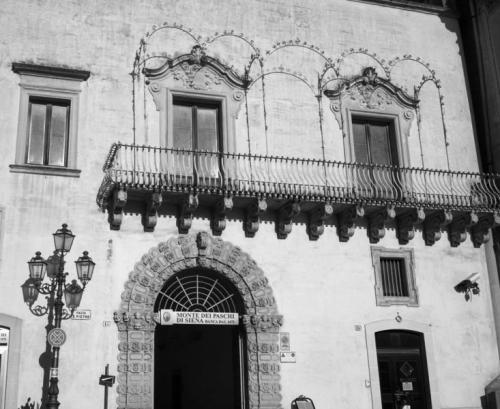 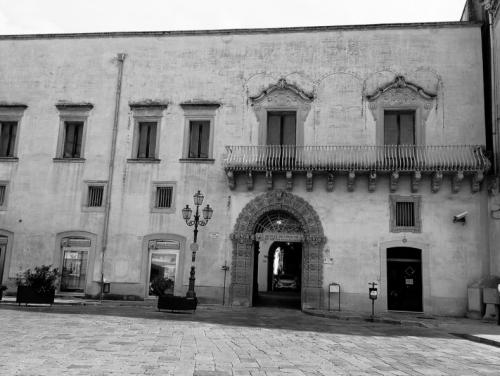 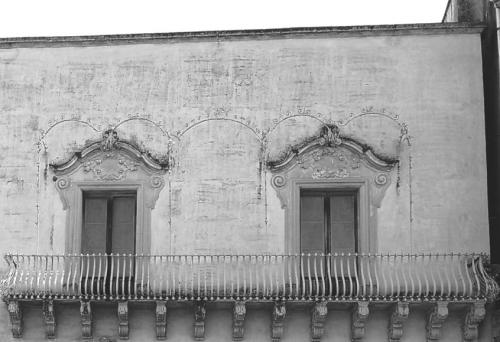