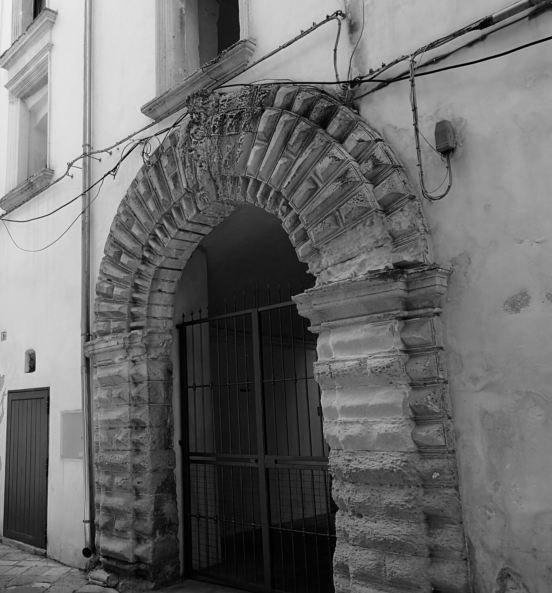 The palace throughout the eighteenth century belonged to the Papadia family and it was at that time that the most important structural transformations were made. Observing the façade, one realizes that the building has in any case preserved the late seventeenth-century structure apart from the portal that shows the typical style of the 18th century Galatian civil construction. 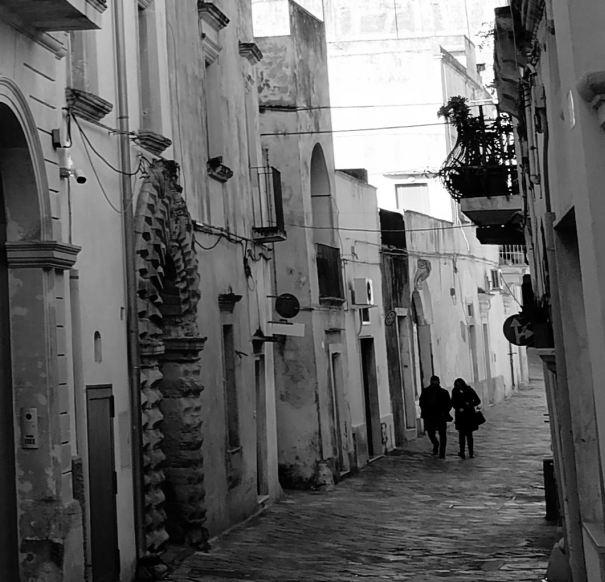 Interesting are the openings on the façade that are never in line with each other and on these we can observe, engraved on the lintels some epigraphs. A similar combination on the opening overlooking via d'Aruca. 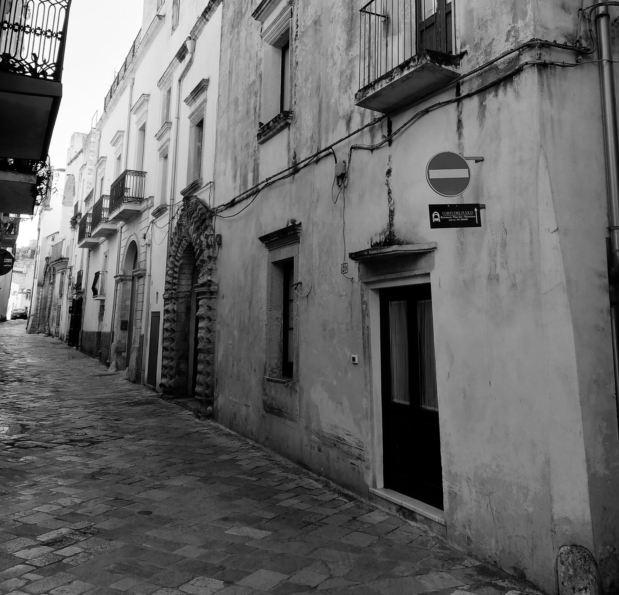 Particularly characteristic in this building is the sixteenth-century entrance hall which is located immediately after the portal. From here you can enter through a rusticated arch to the elegant staircase leading to the upper floor and ending in a barrel-vaulted vestibule from which you access the apartments. 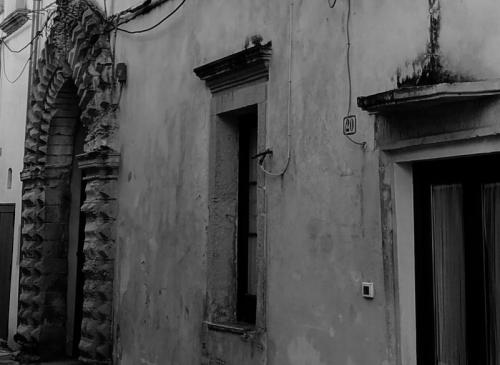 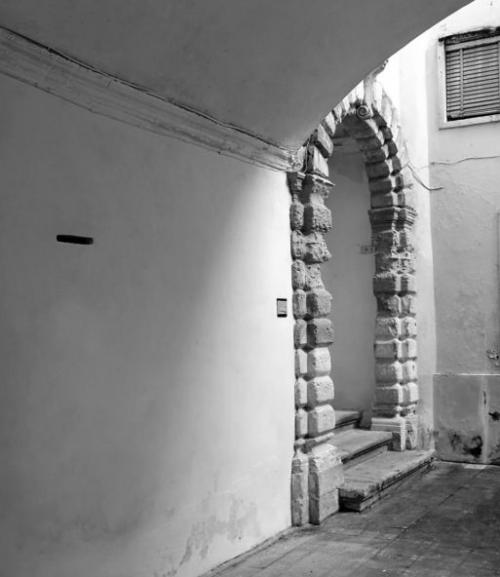 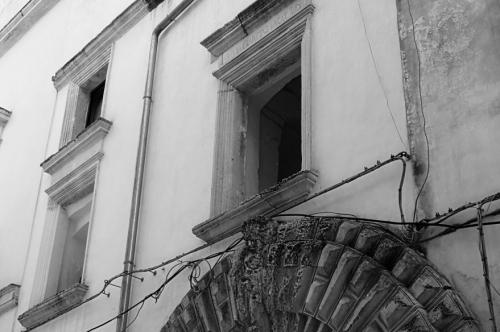