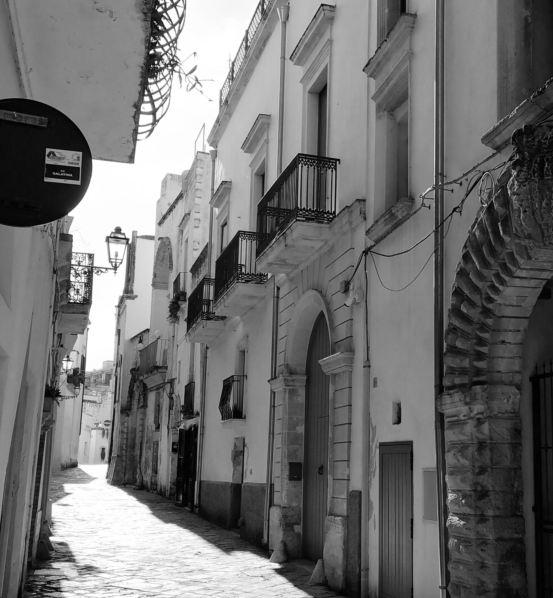 Originally belonged to Diego Gorgoni, then to his son Francesco Gorgoni and again to his brother Pompeo and his nephew Diego Gorgoni, in the second half of the 1700s this building was completed and structured in the exceptional configuration that we can now admire and which makes this palace one of the most beautiful of Galatina. 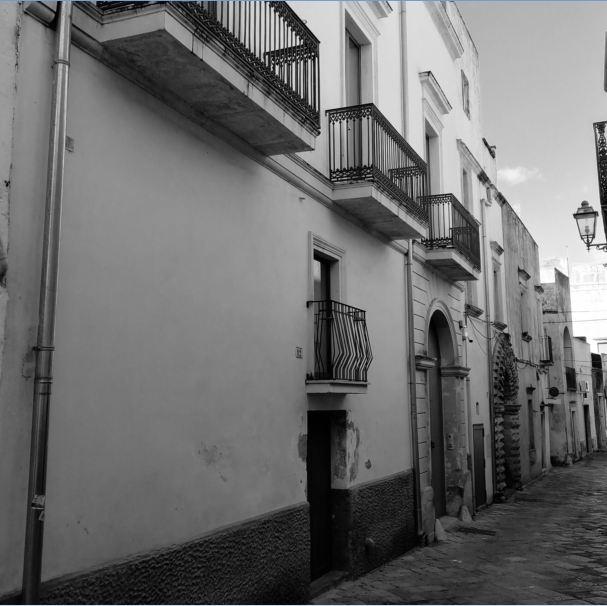 The miserable nineteenth-century façade, and the small hall overlooking the street do not let you imagine what lies behind such simplicity. From the entrance hall you can access a square courtyard on which, on the first floor, there is an open balustrade that can be used in all its sides. The front view and the double access to the staircase leading to the upper floor is particularly spectacular. 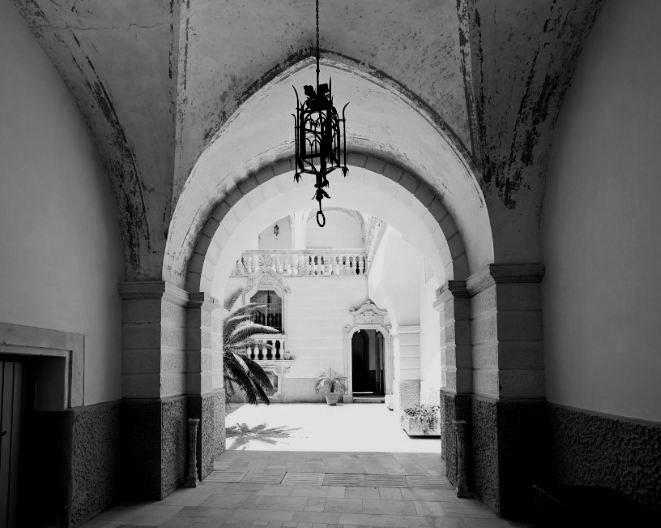 The most beautiful Galatina stairway! This leads to a loggia with three arches with Ionic pilasters and from this you access the corridors leading to the apartments. Various epigraphs can be seen on their respective lintels. Of particular interest are the decorations on the pillars that interrupt the sequence of the columns placed on the balustrade. 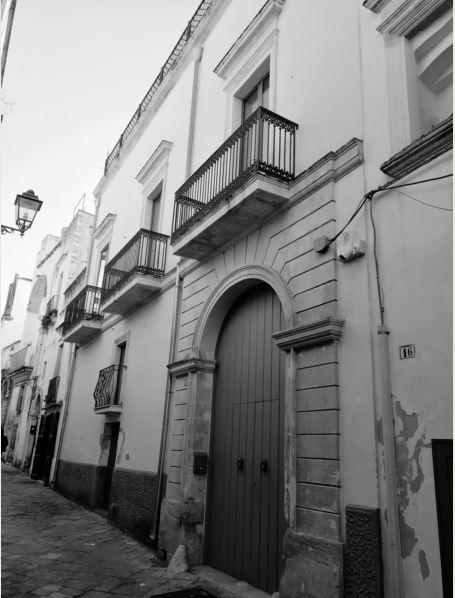 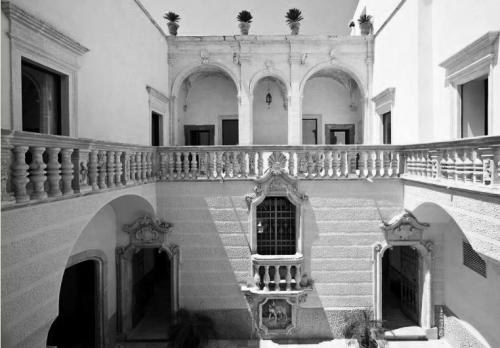 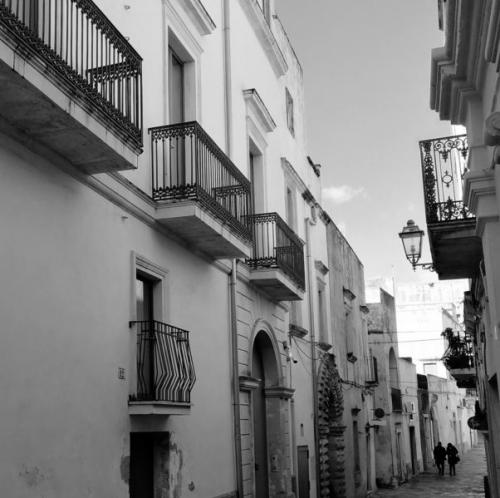 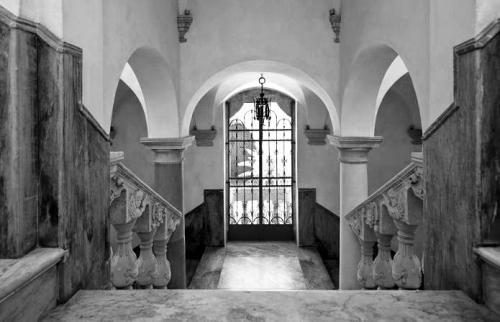 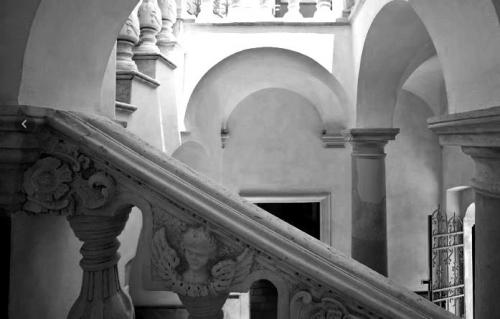