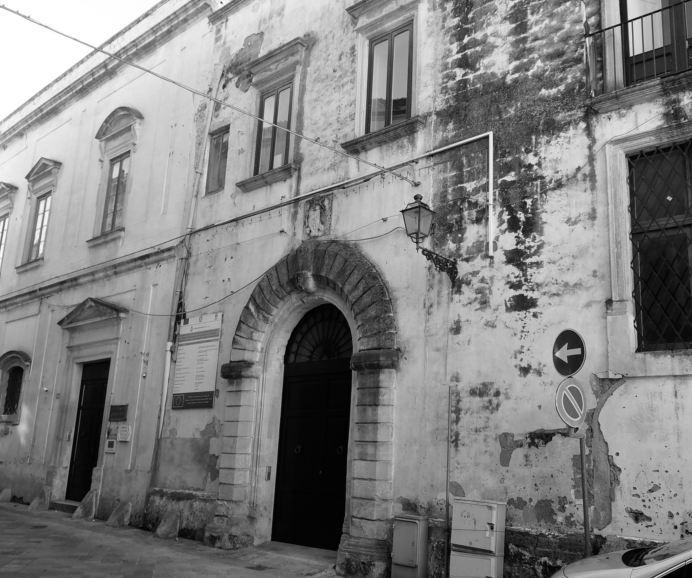 In this palace the philosopher and physician Ottavio Scalfo senior was born in 1539. He possessed a very rich library that was left in testament to the Capuchins of Galatina, and subsequently, after the Sabaudia suppression of the monasteries, step to the Galatina Civic Library which is the main fund . 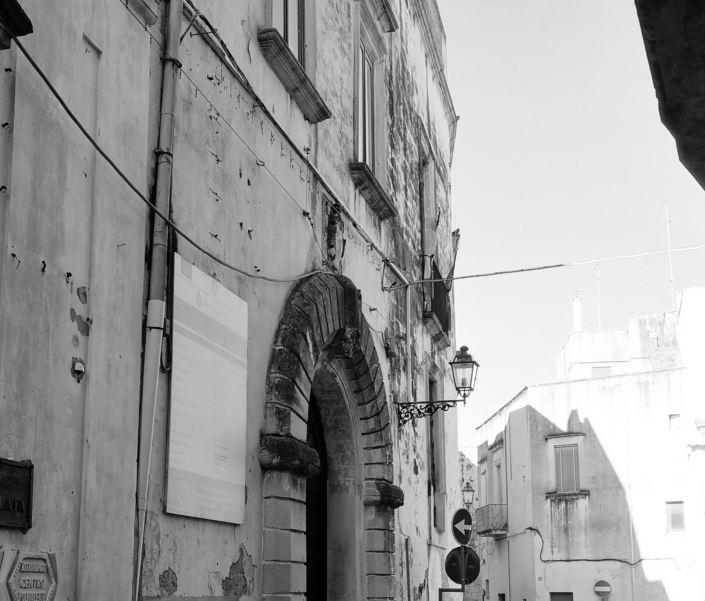 The palace extends from the robust portal surmounted by the family weapon up to the eighteenth century Chapel of the Purity. On this prospect we can see the characteristic almost all-round angular column. 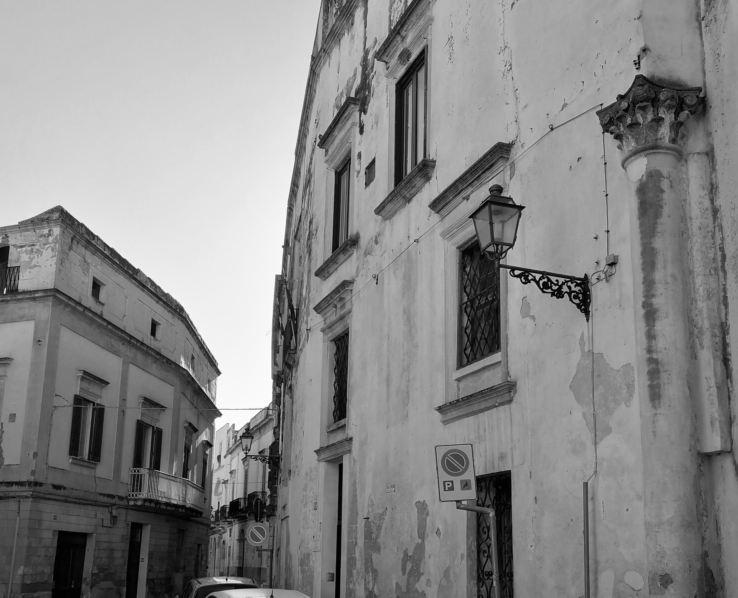 The Scalfo remained this property until 1753 when Ottavio Scalfo junior confirmed a previous donation and confirmed that a school of grammar and humanity, philosophy and theology was established there, appointing the Pious Schools as the heir of his own substances. 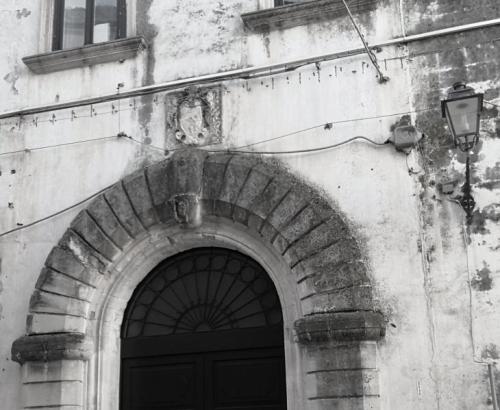 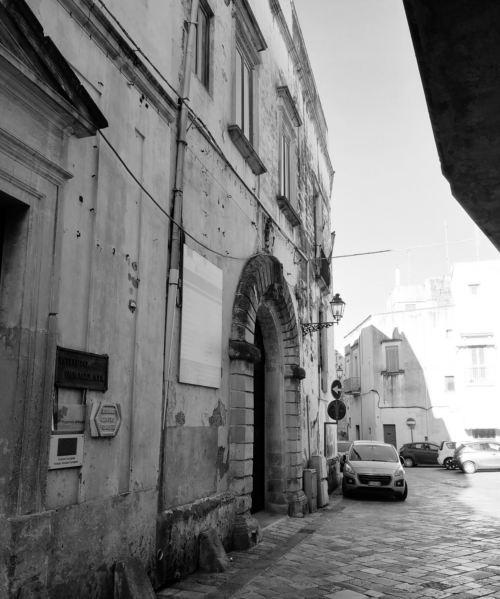