The origins of Galatina

From the farmhouse to the City

The word "Galatina" was originally an adjective used to indicate "the galatina earth" or "the Galatina people" or the homeland or lineage. Then over the centuries, until we get to the present day, the noun "galatino" has turned into "Galatino".

Galatina identifies the place of the Mediterranean area, at the center of the Salento peninsula, where the Galatino ethnic group went to work, to live and to reproduce.
The various attempts to identify the first settlements of this group have been in vain, above all due to the lack of written information giving certain indications. We mainly talk about those few coastal centers in Salento that connected to the Greek-Roman roads that went from north to south to take the Eastern routes of the Roman provinces and the Holy Land.
Of the Galatino "center" there is no trace in the itineraries of geographers or spice traffickers or pilgrims, even though it was located just outside the very important road networks such as the Via Appia and the Appia Traiana, representing a well defined rural center , rich in carts that connected it to the other inhabited centers situated on the shores of the Adriatic and the Ionian Sea. 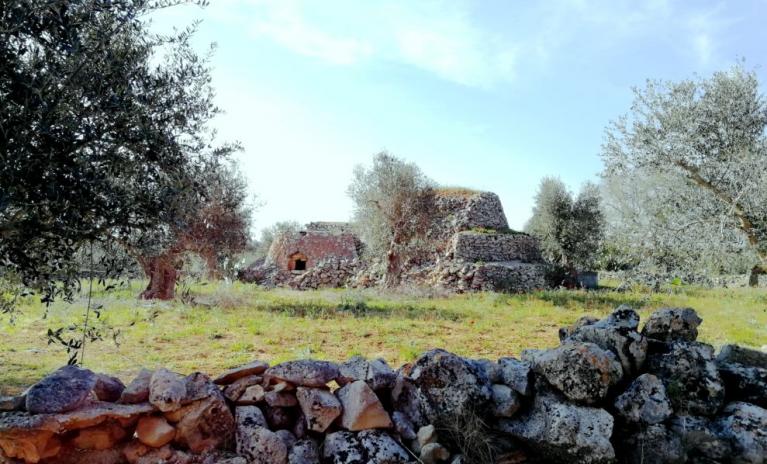 For the entire period from the Magno-Greek and Hellenistic-Roman ages up to the whole of the first millennium after Christ, Galatina was the name of that specific and well-identified area, located in the heart of Salento, characterized by an agglomeration of " sparse constructions, which gradually tended to give shape to a "farmhouse", formed by spontaneous settlements whose typology was strongly linked to the activity carried out by its occupants, agriculture.

The primitive activity of Galatina was in fact agriculture and everything that could reproduce on the cultivated land for the purpose of nutrition. The activity of the first group, established in the Middle Ages, consisted mainly of the adaptation of the scrub and the transformation of the forest or wood into particular crops, modifying the natural landscape in the agricultural one, respecting the morphological characteristics of the territory that constituted agro galatino. Only in later times, after the year 1000, Galatina began its history as an urban aggregate in its own right, and it is in this period that the agricultural landscape of Galatina, made mainly of "SCIARDINI", emerges in a particular way. The term "sciardino" (garden) can be used to summarize the characteristics of the Galatine agricultural territory. Sciardino is a closed plot of land, near the town, well fenced and rich in water, herbaceous crops (vegetables and vegetables) and arboreal (orange, lemon, fig, mulberry, medlar, etc.).
It was in the first half of the '300 that the first real "essential elements" of urbanization of Galatina, the walls, the square, the church were realized.
The city walls favored the urbanization and made the town, which already presented a certain dynamism with its economy based on the products of the countryside and cattle breeding, become compact and compact. After about two centuries, the further urban development led to the enlargement of the city walls.
The construction of the new walls by Pietro di Toledo, Viceroy of Naples, dates back to the first half of the sixteenth century. This expansion was followed by a third in the seventeenth and a fourth in the early eighteenth century.

These, in summary, the origins of this city, whose name until the first millennium was "Galatina" to which, in the period of Norman domination (XI century), that of "San Pietro" was united, becoming "Sanctu Petrus de Galatino ”and then“ San Pietro in Galatina ”, until becoming Galatina again in the list of Italian Municipalities after the Unification.

This is how Galatina was described by Antonio de Ferrariis in the Latin work "De situ Iapigiae" written in 1511 of which the translation of an excerpt is proposed below:
"At 1,500 steps from here (Soleto) there is a new city" which took the name (of the city) of St. Peter, and which is inhabited by honest citizens, who still speak the Greek language. The city is situated in a very charming valley, populated by olive groves and all kinds of fruit trees. It does not have an arid land like that of Soleto; but it has abundant spring water wells. It is almost equidistant from the two seas ... Located in the navel of the entire Peninsula, it almost constitutes a general market for the sale of goods.
... "(Galatina) has a very precious and beautiful church, which Raimondo, Prince of Taranto, dedicated to St. Catherine. (He himself) had it built, together with a hospice for foreigners and not a few other service rooms, in imitation, as they say, of the church of S. Caterina which is located on Mount Sinai, where that famous personage, very religious and exemplary for the life of piety vowed to build a temple. In this temple there are tombs of the Orsini family, who ruled the city for many years ".
In analyzing the origins and evolution of the Galatinese territory and its people, we must never overlook the fact that the Salento peninsula is a strip of land stretching towards the Balkan coast, at the center of which there is Galatina and therefore the agricultural landscape Galatina. Its historical and social events are and have therefore been strongly influenced by this geographical position. Salento is more sea than land, Galatina is more land, but the appearance of the sea and the events that the sea brings with it coexist with those of the mainland. The winds, the light, the sunsets the dawns in the Galatina districts often have the two seas in the background. The land / sea relationship for Galatina and its inhabitants is an osmosis that cannot be ignored.
[TO. Antonaci, "Galatina History and Art", Galatina 1998] 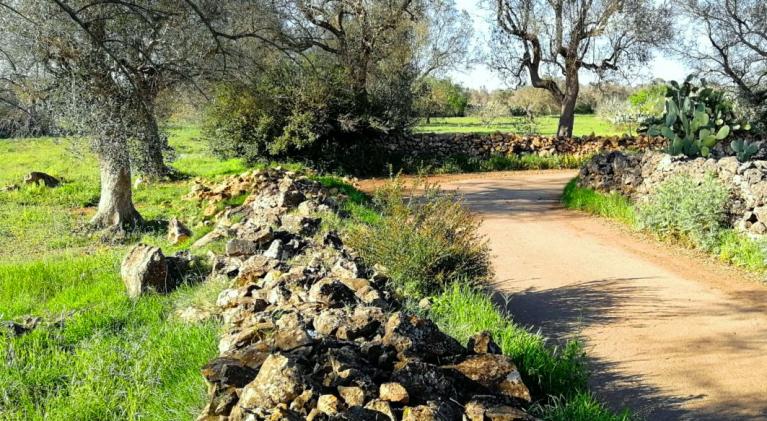