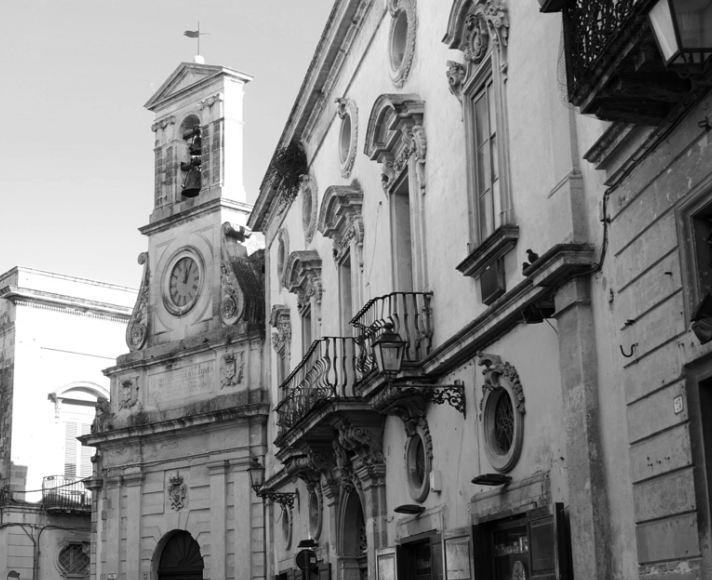 The palace next to the Clock Tower belonged to Pietro Sanlorenzo who in 1788 was mayor of Galatina. Towards the end of the eighteenth century he had some important interventions on the building that was redesigned and rebuilt, determining the current configuration. 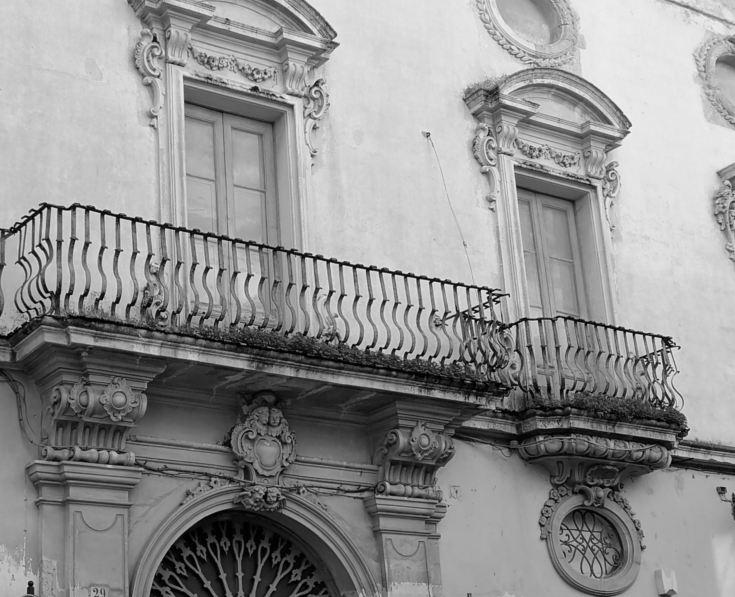 The perfectly symmetrical structure of the building is set on five vertical axes, the central one occupied by the portal and surmounted by an opening that has two balcony windows on its sides and two simple windowed terminal openings. At the top level, five oval windows present floral works. 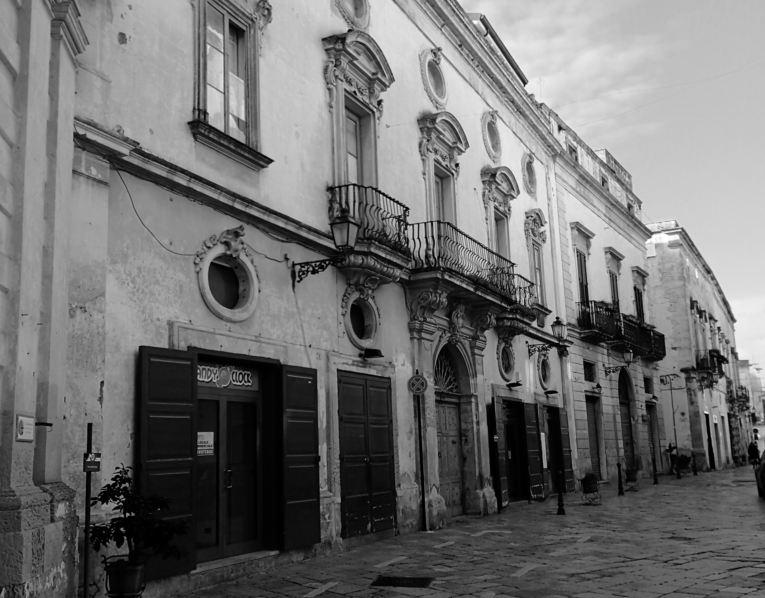 In the nineteenth century the ownership of the building passed to the Greek family and then to the Bardoscia family. 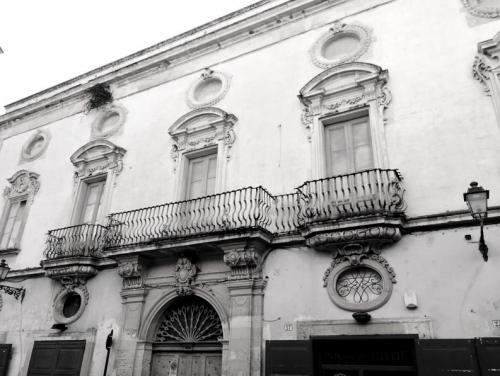 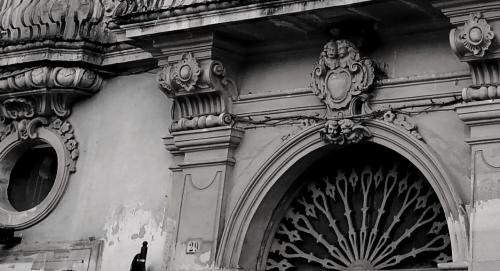 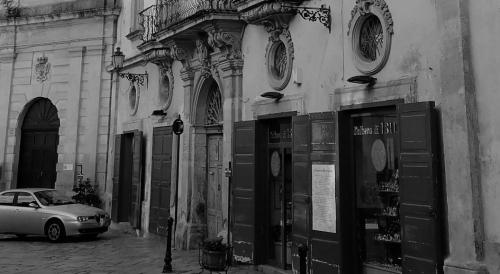 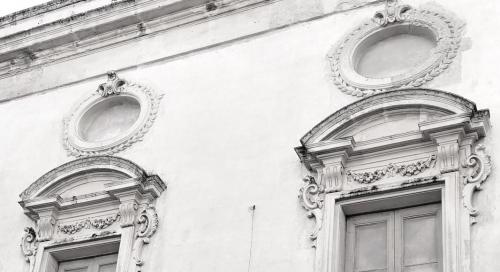 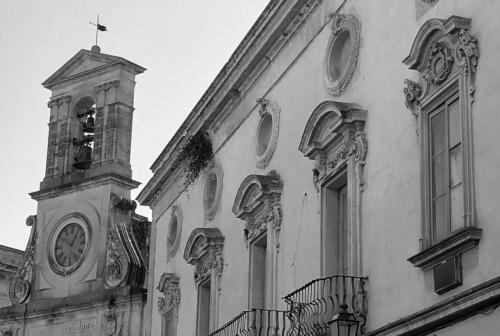 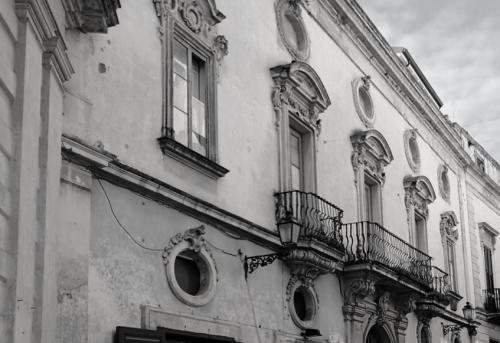