GALATINA ... AS WE WERE. A path created to intrigue, to stimulate the memory of adults, but also a way to tell young people the history of their city. Historic center, Galatina. From 9:30 to 23:30 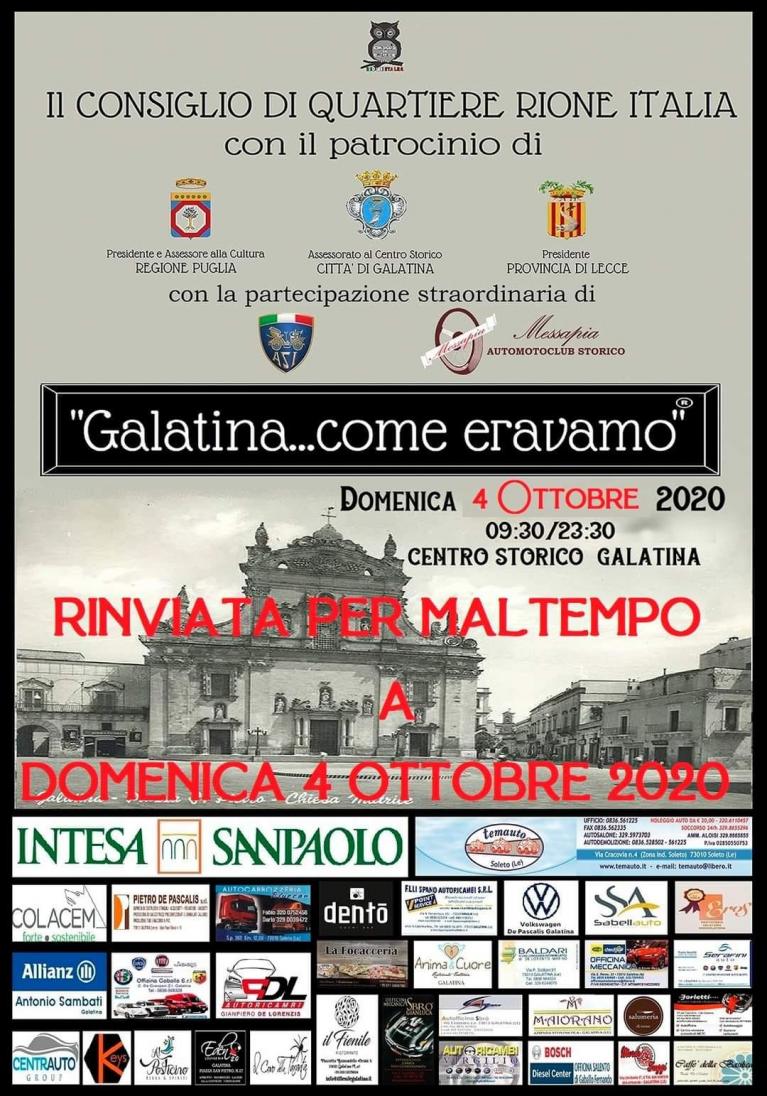 We are in the second year of a proposal that already seems to be a tradition, born from an intuition of Massimo Bello and immediately married by the Municipal Administration, which first encouraged it and this year supported it.
The contribution of many companies and businesses in the area was also not lacking.
How we were and how we are, because Massimo's idea did not remain on paper, but took shape in the enthusiasm, in the participation of a group of people who were fascinated by it and wanted to actively contribute to its realization. As we are, because when in this city you believe in something and share goals, the results are always exemplary and indisputable.
And so, in the role of the Rione Italia District Council Association, Massimo Tundo (with his unique extraordinary knowledge of vintage cars) also met together with Massimo Bello, as well as Pasquale Levanto, Rita Marra and Vitina Rossetti. And with them, other citizens who spontaneously dedicated time, wanted to give their contribution of historical knowledge, also through unpublished photographic documentation, to rediscover the originality of the signs.
The route, which winds between Piazzetta Orsini, Via Umberto I, Via Vittorio Emanuele II, Piazza San Pietro, via Cavoti and Via Garibaldi, will also be enriched by the presence of cars and motorbikes dating back to the same period as the signs, helping to increase their interest.
Strolling through those streets will be a way to spend a pleasant evening in which time really takes all its value.
Nico Mauro