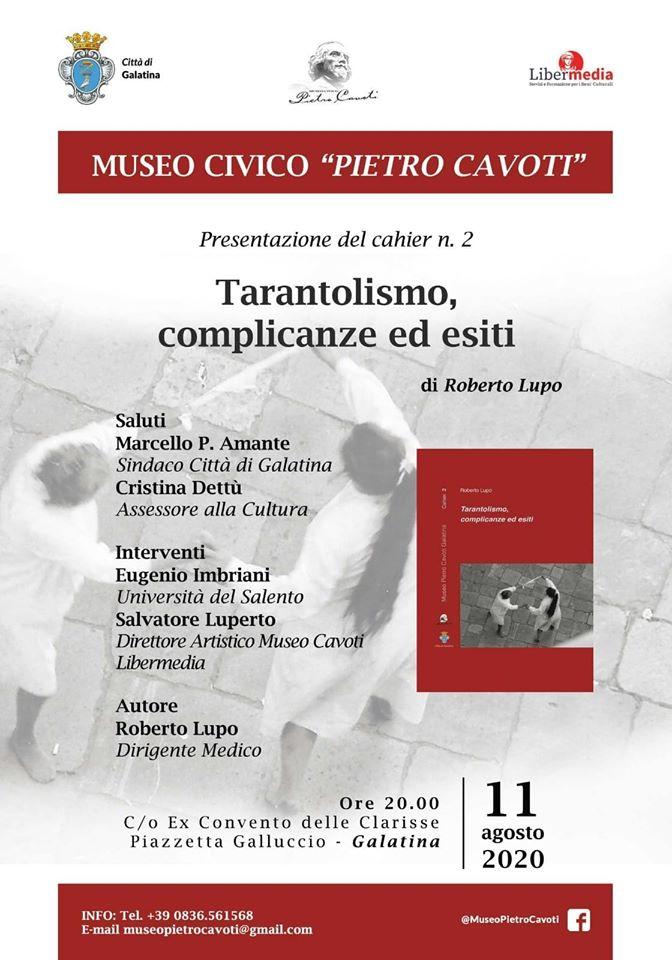 Through a stimulating critical debate, the Cahier necklace was born from the desire to make known the various collections of art objects and documents kept at the Pietro Cavoti Museum.

After the first pamphlet of the Cahier series, dedicated to the enhancement of Cavoti's notebooks, TARANTOLISMO, COMPLICATIONS AND OUTCOMES instead examines one of the most stimulating and current topics in the Salento cultural panorama: tarantism that sees the city of Galatina as the central pivot of the social tradition cultural and anthropological phenomenon.

The author, Roberto Lupo, medical director, analyzes this topic by focusing attention on the medical-cultural interpretations developed by doctors and scholars over the centuries: from Giorgio Baglivi, to Giovanni Jervis, to Ernesto De Martino.
«This essay», underlines Salvatore Luperto artistic director of the Museum, «highlights environmental, cultural and medical-scientific dynamics related to folkloristic deductions up to the current results with interpretative implications of a psychoanalytic, neuro-psychiatric and social-media ».

The introduction of the essay is edited by Eugenio Imbriani, professor of Cultural Anthropology at the University of Salento, and in the appendix you can admire a selection of unpublished photos of Giovanni Valentini that document suggestive scenes of tarantate in the early seventies, portrayed near the Chapel of San Paolo.

The Cahier n. 2 will be presented in the presence of the mayor Marcello Amante and the Councilor for Culture Cristina Dettù, after a brief introduction by Salvatore Luperto and the intervention of Eugenio Imbriani, the presentation of the work will follow through the words of the author, Roberto Lupo.

Information and reservations at 0836 561568 during the museum's opening hours. 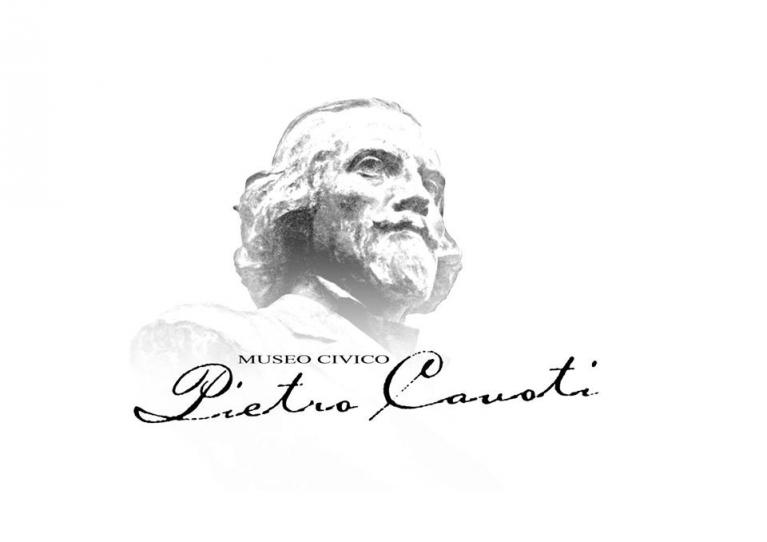